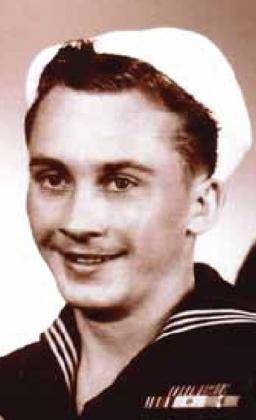 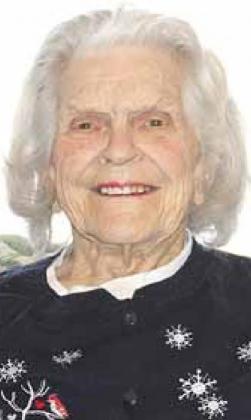 News Staff
Body
Evelyn Mae Kalina Michaelis, age 92 of Wymore passed away on December 26, 2020 at her home surrounded by her family. She was Born on May 29, 1928 to Libbie (Findeis) and Edward Kalina in Table Rock, NE. Evelyn was baptized and confirmed at St. James Lutheran Church in Elk Creek, NE. She graduated from Table Rock High School at the age of 15. Evelyn married Norman Michaelis in 1945 and later divorced. She was a cook at Barneston Schools. She graduated from Lincoln General Hospital's LPN program in 1973 and then worked as an occupational nurse at Campbell's Soup in Tecumseh until her retirement. She then moved to Wymore to be closer to family so she could enjoy her kids and grandchildren and all their activities. Evelyn enjoyed cooking and 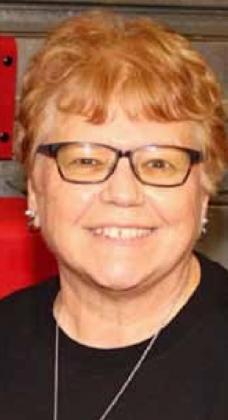 News Staff
Body
Karen Sue Mezger, 69, of Table Rock, Nebraska was born on February 9, 1951, in Nebraska City, Nebraska to Carl A. and Alice A. (Crow) Schneider. Karen was the youngest of five children, having 4 older brothers. She attended kindergarten through 7 th grade in Peru and then attended 8 th -12 th grade in Auburn, graduating from Auburn High School with the class of 1969. Karen went on to college at Peru State College to study Home Economics Education, where she ended up meeting the love of her life. On May 13, 1972, Karen was united in marriage to Richard Barry Mezger at the United Methodist Church in Auburn, Nebraska. To this union four children, David, Thomas, Matthew and Katherine were born. The couple began their marriage living in Omaha before moving to Carlstadt, New Jersey, where her husband was born and raised. They lived there for two years near Richard’s family before moving back to Table Rock, Nebraska in 1974 so Richard could join her father and brother, Gary, in operating SM&S Salvage. Karen finished her degree at Peru State College and began her teaching career as a Home Economics teacher for Dawson-Verdon public schools until 1979. She took a break from teaching full-time to raise her children from 1979-1995. After encouragement from John Eickhoff, then Principal of D-V Schools, she returned to Dawson-Verdon as guidance counselor in 1998 and completed her Masters of Science in Education at the University of Nebraska at Kearney. Karen would later transfer to HTRS public schools in 2004, when the districts consolidated, as high school guidance counselor until retiring in 2020.

News Staff
Body
Gary Ray Cline, 58m of Pawnee City, Nebraska, passed away on November 24, 2020 at home with family. He was born on December 26th, 1961 in Falls City, Nebraska to Homer Jr. and Glee Price (Shineflew) Cline. He graduated from Pawnee Public High School in 1980 and was a member of the Pawnee City Christian Church.

News Staff
Body
Wayne E. Cacek, 82 years of age, of the Lewiston/Burchard area passed away Wednesday morning, December 9, 2020 on the way to the Beatrice Community Hospital and Health Center in Beatrice. He was born on September 15, 1938 in Beatrice to Eugene and Wilma (Goracke) Cacek. Wayne started school in Beatrice and when he was a first grader, his parents moved to a farm southwest of Virginia. A few years later, his family built a new home in the southern part of the town of Virginia. Wayne graduated from Virginia High School in the spring of 1956. He attended a college in Fort Collins, Colorado for one year and then decided to return home to do construction work with his dad building terraces, waterways, roads, ponds and even the Burchard Lake in 1958. Wayne married Betty Jane Foreman from Filley on July 21, 1957 at the Methodist Church in Filley. They celebrated 63 years together this past summer In 1963, Wayne, Betty and their daughter LaRita moved to Heppner, Oregon where Wayne worked for a large rancher/farmer and Betty taught at the Heppner Elementary School. Grandpa and Grandma Cacek missed their little granddaughter so much that they convinced them to return to Nebraska. Wayne was a very honest, hardwork-ing person who helped many people when they needed assistance. He continued doing land construction work, building many grain bins and some house basements. In between these jobs, he did his farm work and raised cattle and a few pigs. He always told his children, “If it’s worth doing, it’s worth doing right!” Even the best sometimes was not quite good enough — check that out! Wayne loved deer hunting, fishing and dancing. 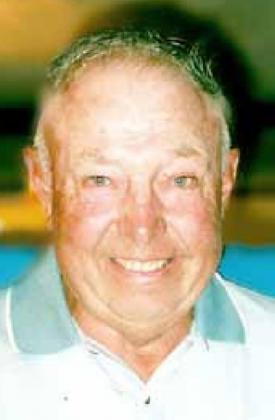 News Staff
Body
Ronald Dalen Buethe was born to Erhardt and Leora (Geweke) Buethe on May 15, 1939 in Tecumseh, Nebraska. He was baptized and confirmed at St. Peter’s Lutheran Church. He attended St. Peter’s Parochial School through the eighth grade and graduated from Elk Creek High School in 1957. After high school Ron worked at the Campbell Soup Company and drove a rock truck for two years. Ron then started farming and raising cattle and hogs. Ron raised cattle nearly all of his life.

News Staff
Body
Correction of the Obituary I wrote for my husband Paul G Smith. Last week in the Pawnee Republican.
Subscribe to